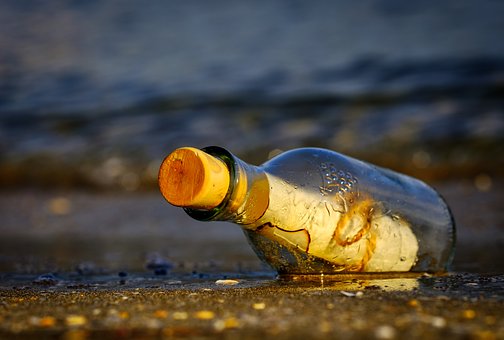 Your memories of your former spouse and the divorce are not a figment of your imagination.  Refuse to be with people like Version 1.0.  The person you married evolved into a stranger.  A stranger seriously troubled by his past which is evident in his actions, words and deeds.  A stranger who tried to destroy your sanity while under the same roof (either learned military tactics or another personality altogether).  A stranger who can’t recite your favorite color, dislikes, hopes and dreams and someone who never saw you perform your passion even though there was tape after tape from the past recording it.  The person he pretended to be before marriage and before children was a perfect example of behavior modification.  God never changed him, he was changing himself to better suite your ideal image of him to capture you.  You were very accepting of his advances.  He seemed like the soulmate you daydreamed about.  He showered you with attention.  He surprised you at work.  He insisted on holding your hand in public.  He would not let a side-by-side opportunity go by if located in the same room.  He sent you flowers.  He took your laundry to the cleaners.  He raved about you to his mom and dad. He planned trips, bought practical gifts and even insisted that he drive and open your car door. He wrote you love letters, made you music compilations and ran half-marathons with you. He even signed a purity contract before marriage (amazing self-control).  He attended church with you every Sunday for 6 years straight after the nuptials without fail (sickness and travel being the exception). He was your running partner, sexual partner and best friend wrapped up in one husbandry package.  There was really no way you could avoid a marriage proposal or turn him down.  He made himself irresistible.  You were his prey and he knew exactly what to do to capture you in this throng.  You succumbed to Version 1.0 bait.  Your marriage reality didn’t sink in until the first pregnancy.

The first time you noticed something was off was when the pregnancy indicator showed up red the night before your wine tasting party and you shared the information with him.  It shouldn’t have been a surprise, you were not taking birth control pills or using other contraceptives.  He seemed excited about the news.  The night of the party, lots of friends came to explore the different wine flavors.  While you were extremely conscientious to spit out all the tastings, he used the tastings to get belligerently drunk. He was jovial all evening and interacting with mutual friends.  However, this was the first evening he could have died in your presence.  He drank so much he started vomiting and you found him upstairs.  Everyone went home after the tasting, no one saw him like this but you. He could have suffocated on his vomit.  He could have died right then and there. That’s how awful it was.  At that moment, you knew you something was terribly wrong.  The gradual change started that night.  He avoided all discussion of the drunken mess.  He said he felt comfortable to let go around friends (so, for 6 years he didn’t feel comfortable letting go?).  He wasn’t telling you everything.   You were sad but after giving yourself a pep talk you quickly brushed it off in place of baby preparations the following days, weeks and months.  After the baby arrived, you were thrilled even though caring for another human being seemed like a huge undertaking.  After going back to work, things began to spiral downhill with all the added stress.  To be real, some stress was self-induced; however, other stress was externally inflicted both at work and at home.  Thankfully he did not drink like that around you again, but saved the alcohol consumption for outside the home.

You started to change too, but only after the baby arrived and he started to mistreat you. You were not yourself. You were a ghost of a person you used to know especially after working so much with an infant at home, losing hours and hours of sleep.  His caring self, evaporated. His curious self became static. His friendship with you dwindled to roommate status.  Occasionally, there would be makeup sessions, but he couldn’t shake his new found self.  This new found self made him a horrible husband according to his own analysis.  You felt like you were in prison, but on the outside holding it together for friends and family and praying on your knees that something would give.  Amazingly enough, he kept his social commitments to friends and family (that part of him was the same).  Layers upon layers of hurt were inflicted each year after your first child.  Then came forgiveness from you, but not from him.  He could do no wrong.  You were to blame. He kept inflicting hurt the same way and rarely apologized.  The atheist year was the most difficult and it was the last year.

You were in a living nightmare, suffering quietly and prayed desperately for relief.  It came.  It came during the day. A stranger knocked on the door, you opened it and he handed you an envelope with divorce papers.  The divorce saga began.

Please stay away from people like Version 1.0.  You want people in your life that are rich in love, slow to speak and slow to become angry.  You need to be around people that can laugh at a clean joke but are also deep thought-provoking conversationalists who know the art of listening.  If you can’t find these qualities in one person, surround yourself with a variety of friendships.  You need people in your life who love God more than anything, die to pride daily and encourage you on your spiritual journey while you encourage them too.  Do not settle.  You have children that need good examples.  You are not enough.  Do not believe in yourself but believe in the one who made you.  Do not rely on the next version…  Rely on the only version that matters, Jesus.

Hello! You can call me the Straight Shooter. Too many divorce resources come from a family law perspective; my goal is to provide divorce tips with no sugarcoating. I've chosen Straight Shooter as my alias to keep things on topic and define my tone in all posts and comments. Looking forward to open dialogue about divorce. View all posts by fyidivorce